William Jack is an Australian Cellist, Guitarist and Composer who explores multiple genres and styles. He began performing at age 10 as a virtuosic guitar soloist with Adelaide orchestras and rock bands. He later studied Jazz guitar with Mike Bevan and obtained various ensemble opportunities including a scholarship to the Julliard Winter Jazz School.
William studied cello at the Sydney Conservatorium of Music with Georg Pedersen. He pursued further study in Vienna with Maria Sellner at the Universität für Musik und darstellende Kunst Wien. William’s classical music engagements have been extensive and included prestigious venues such as the Musikverein Golden Hall, Vienna Konzerthaus and the Sydney Opera House. He has obtained various awards and guidance from notable artists such as David Geringas, Thomas Demenga, Natalie Clein and Wen-Sinn Yang.  William’s niche is his ability to incorporate his guitar background into a progressive style of cello playing. He performed twice as a Jazz cello soloist and guest with orchestra at the International Cello Festival in Rutesheim and his rock-fueled cello compositions have gained high praise from numerous contemporary artists including Giovanni Sollima.
As a songwriter, William has composed over 100 songs for bands and solo playing. Since the release of his single “Keep Away” in 2018, he has continued to pursue a passion for producing new music. William moved to London late 2018 to base himself as a British/Australian musician. He is currently collaborating with British Franco-Chinese violinist Laure Chan and working in the west end. William aims to expand the musical capabilities of the cello and break down barriers between genres and cultures.

No ticket required, but donations at the end of the recital are very welcome. 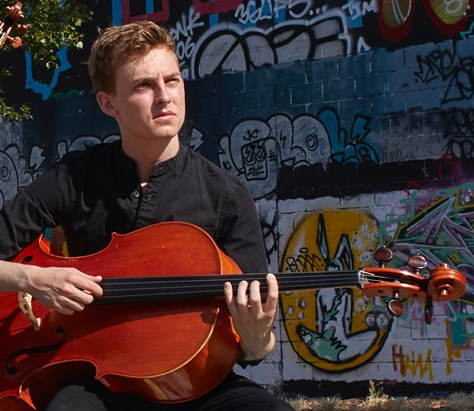