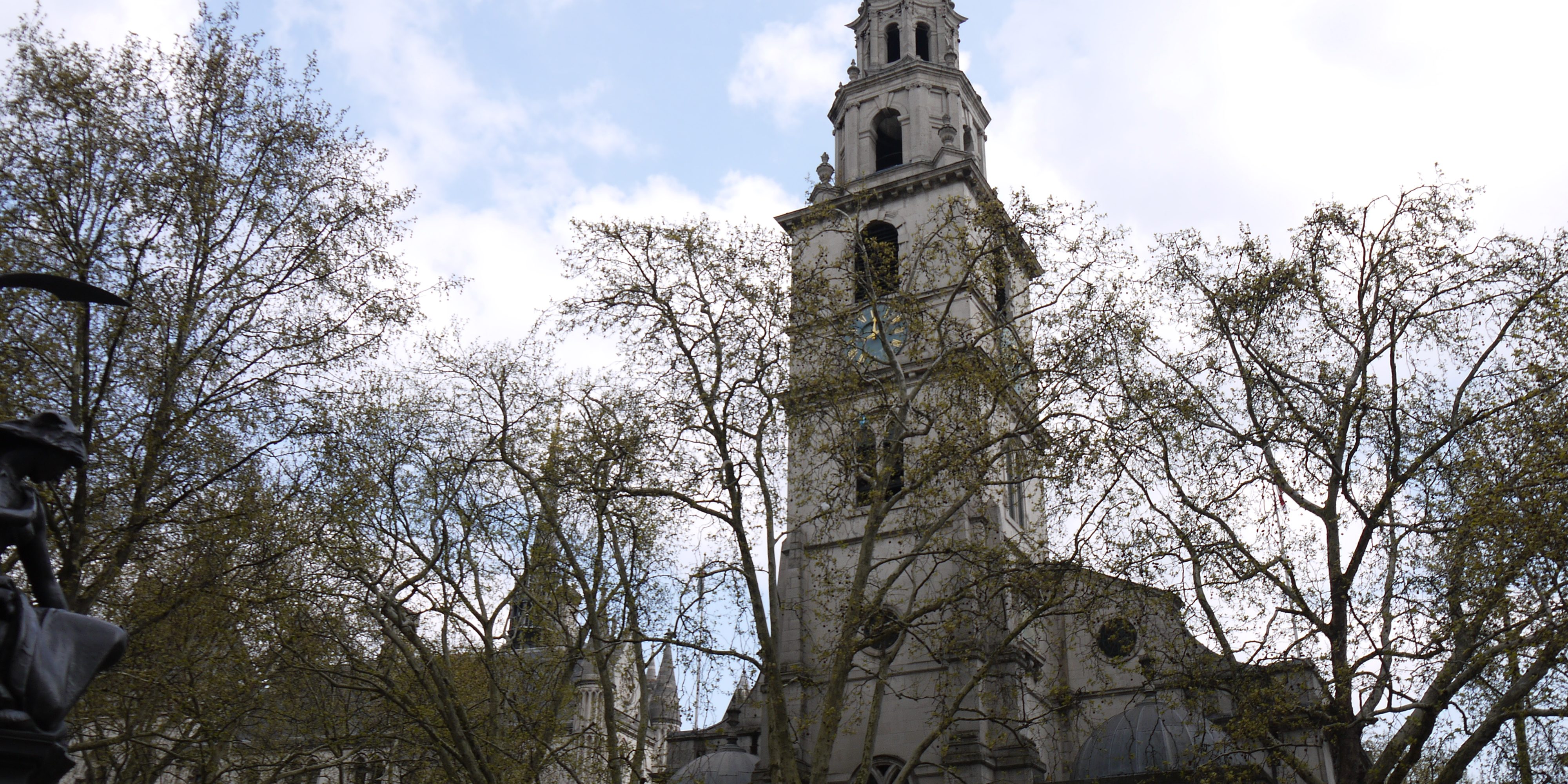 St Clement Danes’ tower was refaced in the fashionable, neo-classical style of Sir Christopher Wren’s re-build of the church after the Great Fire of London. The rebuilt Church was consecrated in 1681. The steeple was added to the tower in 1719 by James Gibbs.

During World War II the bells were brought down the tower for removal to a safer place, but bombing caused a devastating fire in St Clement Danes on the night of 10 May 1941; the walls of the church and tower survived but the whole structure was gutted; the bell-frame and carillon machinery were also destroyed. The bells were bricked up, completely enclosed, within the ruins, in the area which had been the rector’s office, where they remained for years.

In 1953 a plan started to rebuild the Church and the bells were disinterred and taken to Whitechapel Bell Foundry. Several were found to be cracked at the crown, not due to war damage but old bells fixed to their headstock with iron canons expand, causing stress to the bell. These cracks would not have affected the sound, but all the bells except the original Sanctus bell were melted down and re-cast into a new ring of 10 bells.

The Sanctus bell is a precious heritage. Cast in 1588 it would probably have been heard by William Shakespeare. Elizabeth I was on the throne and this was the year the Armada was defeated. This bell can still be heard ringing out the Angelus three times a day, just before 09:00, 12:00 and 18:00. 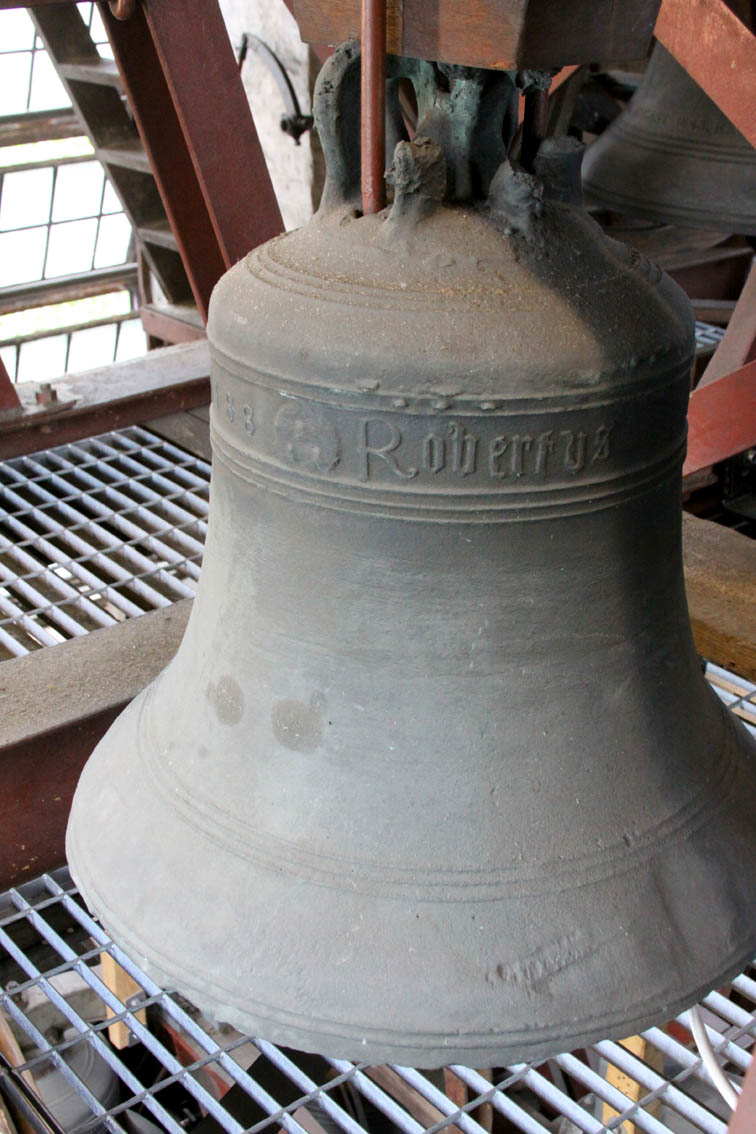 An additional bell to ring the note 'D' was cast in 1953 to complete the notes required to ring the tune of Oranges and Lemons. Like the Sanctus bell, the ‘Flat 4th’ bell is rung only by the carillon machine. The other 10 are mounted on wheels in the 'full-circle' style.

The eleven new bells and the old Sanctus bell were restored to the tower in January of 1957. A contemporary Pathé newsreel clip of the traditional ceremony of dedication and naming of each bell, outside the west doors of the Church on 24 January 1957, can be watched here as found on YouTube.

Permission to use required

31 March 1920 was the date when the bells first rang this famous nursery rhyme. It was the date of the first 'Oranges and Lemons Service' for the children of the parish. After the service, oranges and lemons were handed out to the children, a custom which the Church maintains to the present day.

You can still hear the bells ringing the tune of the famous nursery rhyme, followed by the RAF March, and seasonal hymn tunes usually each hour on the hour from 08:00 until 21:00. 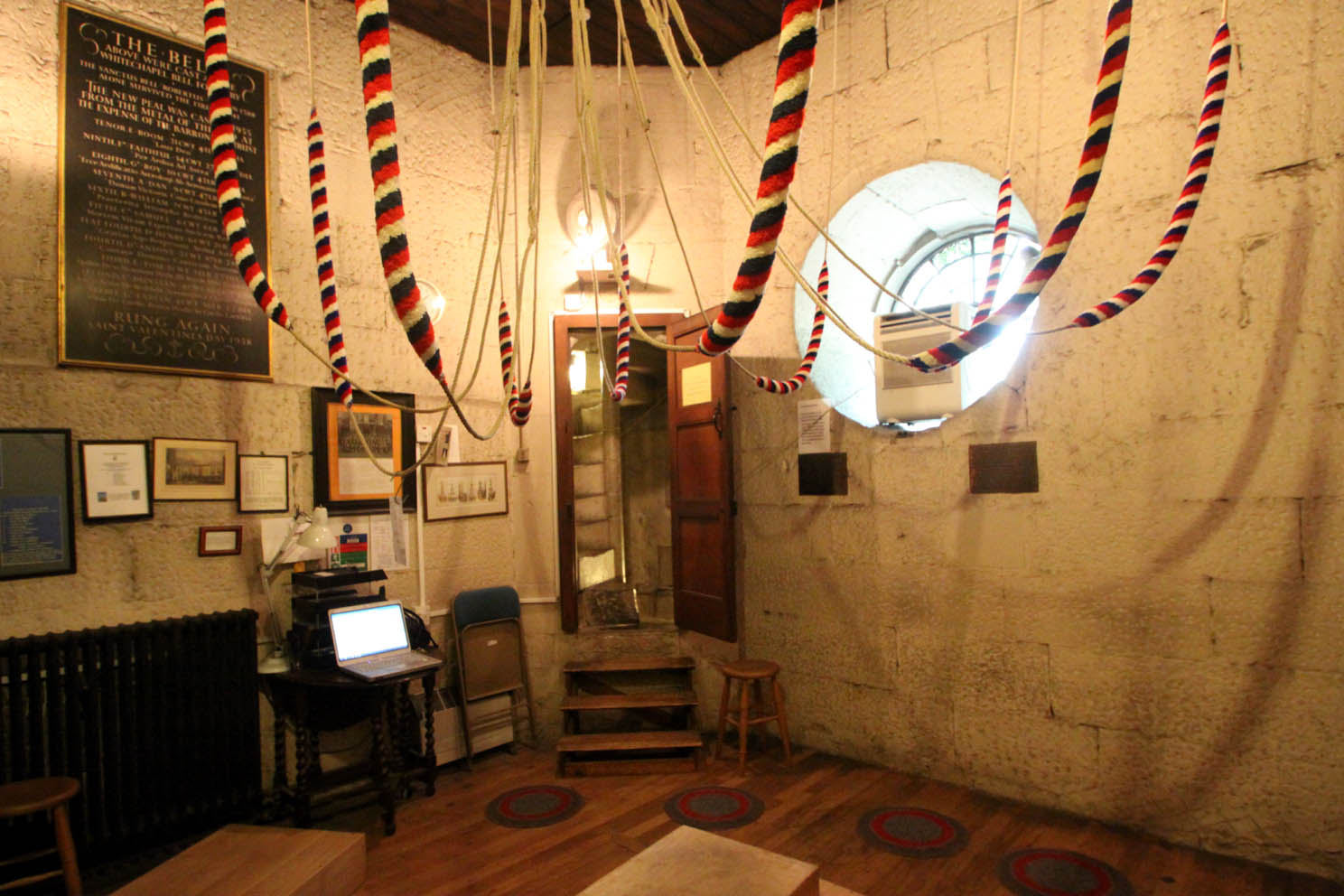 Although St Clement Danes doesn't have its own band of ringers at the moment, the bells are frequently rung. You can normally hear them before the 11:00 service on the 2nd and 3rd Sundays of the month and ringers often book the bells for practices, away-days and to attempt peals and quarter-peals.

If you're interested in learning how to ring, or if you want to bring a band to St Clement Danes, please contact the current Tower and Bells Officer, Helen Windsor, via [email protected]

An 'in depth' survey of the bells can be seen here in Love’s Guide...
LOVE'S GUIDE TO THE CHURCH BELLS OF WESTMINSTER