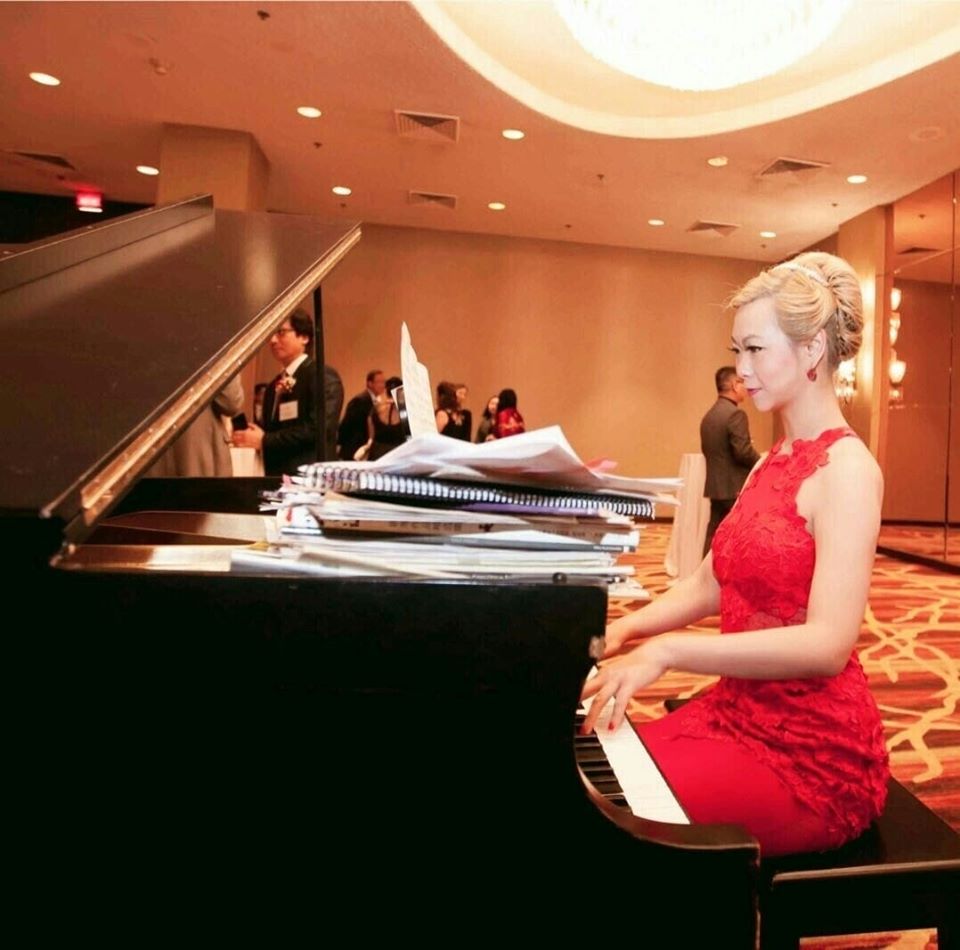 Performed by Shirley Wu and Thomas Leslie in
The Church of St. Andrew and St. Paul, Montreal, Canada.

Canadian pianist Shirley Wu has accomplished her studies at Royal College of Music, London, UK. Between 2009 and 2013, Shirley completed her studies of Physiology and Piano Performance at University McGill, where she obtained her bachelor diploma in 2013. Before McGill, Shirley studied at Vanier College and obtained a Double D.E.C. in Science (Pure Science) and Music (Piano Performance).

In 2012, Shirley was hired as the pianist / assistant at Steinway Montreal, showcasing Vladimir Horowitz’ wedding gift piano while it was on exhibition. Shirley has performed extensively across Canada, United States, as well as in Europe, at venues such as Pollack hall in Montreal, Koerner Hall in Toronto, Seattle Art Museum and London St Mary’s Battersea church in London UK.

Shirley enjoys performing solo repertoire and also playing chamber music. Shirley played at San Francisco’s Classical Revolution Cafe, and Groupmuse in the U.S. In 2014, Shirley founded a company Opus One Music to promote the social function of chamber music by producing events with her musician friends. Shirley joined Seattle Ladies Musical club in 2015 in order to deepen her understanding of Western music within Western culture.

Upon graduation in 2017 from Royal College of Music, Shirley participated in Banff Arts Centre’ Fall Musician Residency. In 2019, Shirley was selected to participate in the Budapest Concerto Competition where she had the opportunity to perform excerpts from Chopin’s E minor piano concerto with Budapest State Symphony Orchestra at the prestigious Danube Palace.

As an academic researcher, Shirley did research on the level of understanding of Performance Related Musculoskeletal Disorders (PRMDs) among music students in Canada. Currently Shirley offers group or individual meetings to help musicians' mental preparation for concerts and exams. Shirley became a guest lecturer at McGill University Schulich School of Music in March 2019.