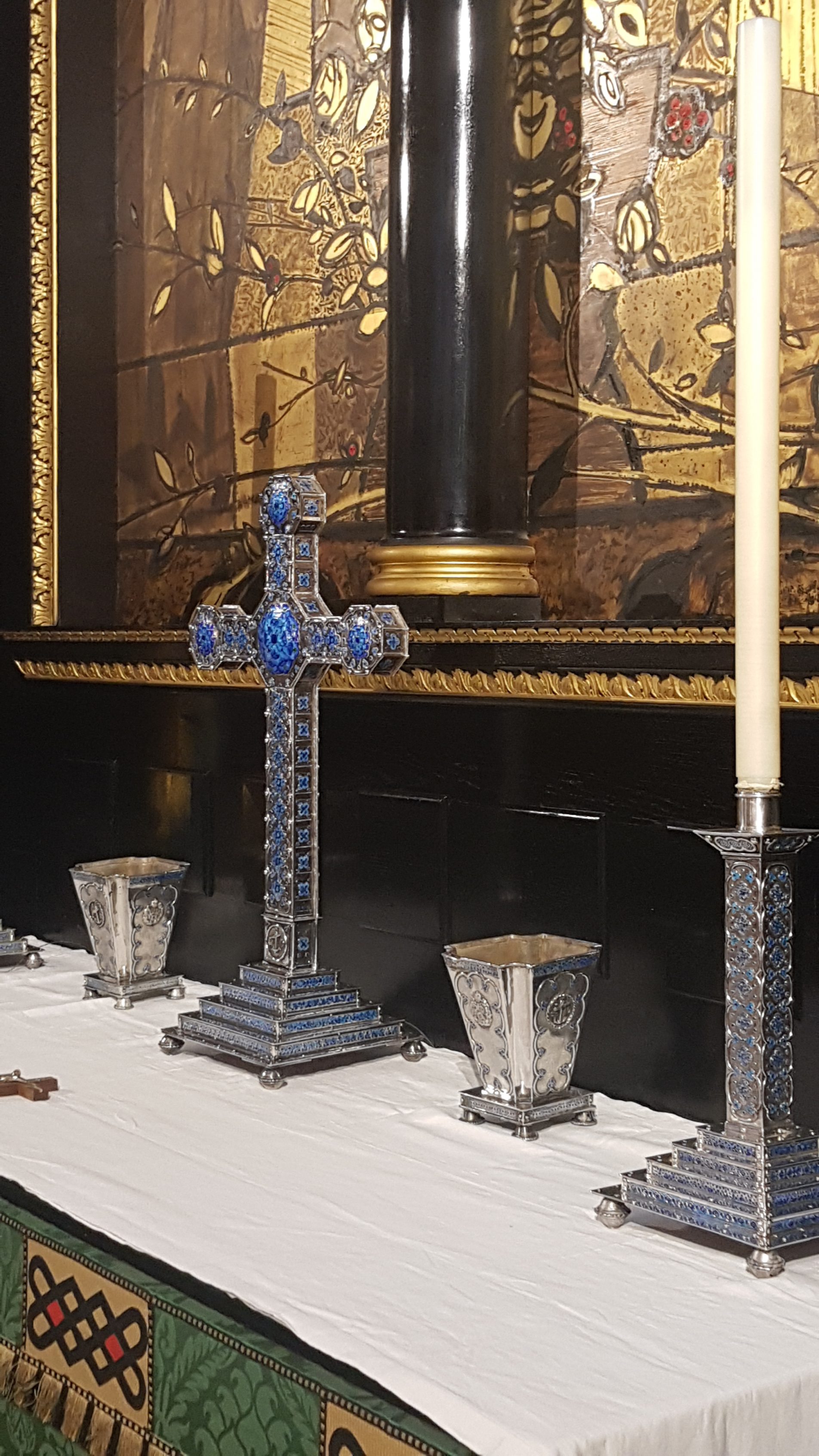 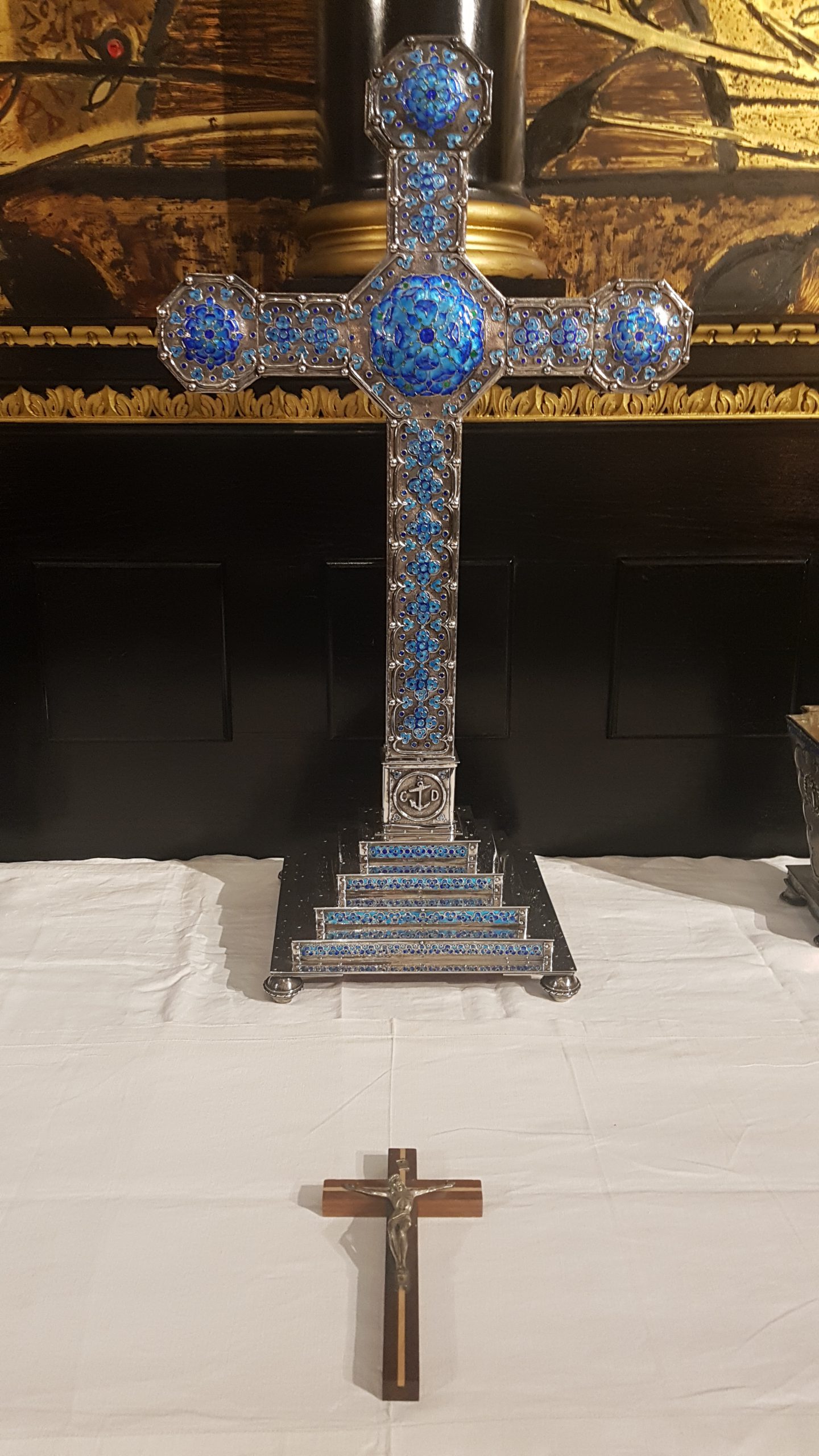 Good Afternoon, thank you for joining us for our regular Wednesday afternoon act of Holy Communion.

Joshua 3
Israel Crosses the Jordan
Early in the morning Joshua rose and set out from Shittim with all the Israelites, and they came
to the Jordan. They camped there before crossing over. At the end of three days the officers
went through the camp and commanded the people, ‘When you see the ark of the covenant of
the Lord your God being carried by the levitical priests, then you shall set out from your place.
Follow it, so that you may know the way you should go, for you have not passed this way
before. Yet there shall be a space between you and it, a distance of about two thousand cubits;
do not come any nearer to it.’ Then Joshua said to the people, ‘Sanctify yourselves; for
tomorrow the Lord will do wonders among you.’ To the priests Joshua said, ‘Take up the ark of
the covenant, and pass on in front of the people.’ So they took up the ark of the covenant and
went in front of the people.
The Lord said to Joshua, ‘This day I will begin to exalt you in the sight of all Israel, so that they
may know that I will be with you as I was with Moses. You are the one who shall command the
priests who bear the ark of the covenant, “When you come to the edge of the waters of the
Jordan, you shall stand still in the Jordan.” ’ Joshua then said to the Israelites, ‘Draw near and
hear the words of the Lord your God.’ Joshua said, ‘By this you shall know that among you is
the living God who without fail will drive out from before you the Canaanites, Hittites, Hivites,
Perizzites, Girgashites, Amorites, and Jebusites: the ark of the covenant of the Lord of all the
earth is going to pass before you into the Jordan. So now select twelve men from the tribes of
Israel, one from each tribe. When the soles of the feet of the priests who bear the ark of the
Lord, the Lord of all the earth, rest in the waters of the Jordan, the waters of the Jordan flowing
from above shall be cut off; they shall stand in a single heap.’
When the people set out from their tents to cross over the Jordan, the priests bearing the ark of
the covenant were in front of the people. Now the Jordan overflows all its banks throughout the
time of harvest. So when those who bore the ark had come to the Jordan, and the feet of the
priests bearing the ark were dipped in the edge of the water, the waters flowing from above
stood still, rising up in a single heap far off at Adam, the city that is beside Zarethan, while those

flowing towards the sea of the Arabah, the Dead Sea, were wholly cut off. Then the people
crossed over opposite Jericho. While all Israel were crossing over on dry ground, the priests
who bore the ark of the covenant of the Lord stood on dry ground in the middle of the Jordan,
until the entire nation finished crossing over the Jordan.