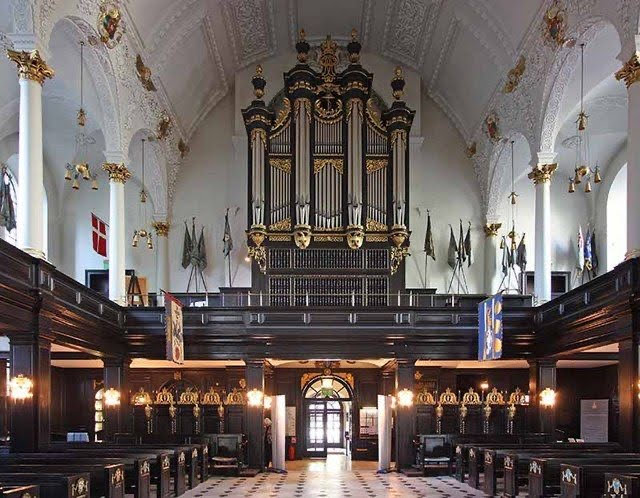 The heavens declare the glory of God : and the firmament sheweth his handywork.
2 One day telleth another : and one night certifieth another.
3 There is neither speech nor language : but their voices are heard among them.
4 Their sound is gone out into all lands : and their words into the ends of the world.
5 In them hath he set a tabernacle for the sun : which cometh forth as a bridegroom out of his chamber, and rejoiceth as a giant to run his course.
6 It goeth forth from the uttermost part of the heaven, and runneth about unto the end of it again : and there is nothing hid from the heat thereof.
7 The law of the Lord is an undefiled law, converting the soul : the testimony of the Lord is sure, and giveth wisdom unto the simple.
8 The statutes of the Lord are right, and rejoice the heart : the commandment of the Lord is pure, and giveth light unto the eyes.
9 The fear of the Lord is clean, and endureth for ever : the judgements of the Lord are true, and righteous altogether.
10 More to be desired are they than gold, yea, than much fine gold : sweeter also than honey, and the honey-comb.
11 Moreover, by them is thy servant taught : and in keeping of them there is great reward.
12 Who can tell how oft he offendeth : O cleanse thou me from my secret faults.
13 Keep thy servant also from presumptuous sins, lest they get the dominion over me : so shall I be undefiled, and innocent from the great offence.
14 Let the words of my mouth, and the meditation of my heart : be alway acceptable in thy sight,
15 O Lord : my strength, and my redeemer.

The Parable of the Wicked Tenants

‘Listen to another parable. There was a landowner who planted a vineyard, put a fence around it, dug a wine press in it, and built a watch-tower. Then he leased it to tenants and went to another country. When the harvest time had come, he sent his slaves to the tenants to collect his produce. But the tenants seized his slaves and beat one, killed another, and stoned another. Again he sent other slaves, more than the first; and they treated them in the same way. Finally he sent his son to them, saying, “They will respect my son.” But when the tenants saw the son, they said to themselves, “This is the heir; come, let us kill him and get his inheritance.” So they seized him, threw him out of the vineyard, and killed him. Now when the owner of the vineyard comes, what will he do to those tenants?’ They said to him, ‘He will put those wretches to a miserable death, and lease the vineyard to other tenants who will give him the produce at the harvest time.’

Jesus said to them, ‘Have you never read in the scriptures:
“The stone that the builders rejected
has become the cornerstone;
this was the Lord’s doing,
and it is amazing in our eyes”?
Therefore I tell you, the kingdom of God will be taken away from you and given to a people that produces the fruits of the kingdom. The one who falls on this stone will be broken to pieces; and it will crush anyone on whom it falls.’

When the chief priests and the Pharisees heard his parables, they realized that he was speaking about them. They wanted to arrest him, but they feared the crowds, because they regarded him as a prophet.

Almighty God,
you have made us for yourself,
and our hearts are restless till they find their rest in you:
pour your love into our hearts and draw us to yourself,
and so bring us at last to your heavenly city
where we shall see you face to face;
through Jesus Christ your Son our Lord,
who is alive and reigns with you,
in the unity of the Holy Spirit,
one God, now and for ever.