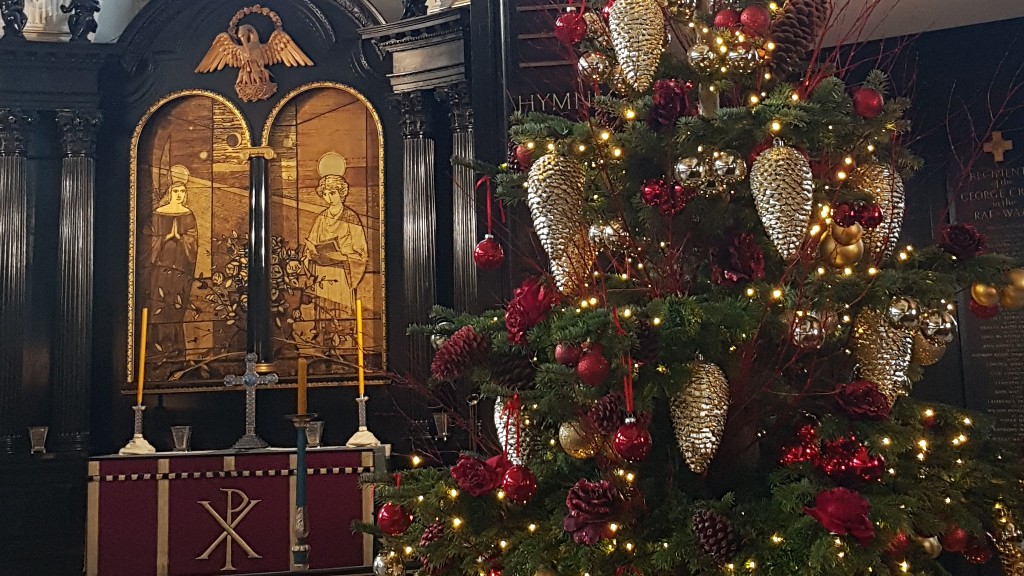 The Magnificat (The Song of Mary)

1 My soul doth magnify the Lord :
and my spirit hath rejoiced in God my Saviour.
2 For he hath regarded :
the lowliness of his handmaiden.
3 For behold, from henceforth :
all generations shall call me blessed.
4 For he that is mighty hath magnified me :
and holy is his Name.
5 And his mercy is on them that fear him :
throughout all generations.
6 He hath shewed strength with his arm :
he hath scattered the proud in the imagination of their hearts.
7 He hath put down the mighty from their seat :
and hath exalted the humble and meek.
8 He hath filled the hungry with good things :
and the rich he hath sent empty away.
9 He remembering his mercy hath holpen his servant Israel :
as he promised to our forefathers, Abraham and his seed for ever.
Luke 1.46-55
Glory be to the Father, and to the Son :
and to the Holy Ghost;
as it was in the beginning, is now, and ever shall be :
world without end.

The Birth of Jesus Foretold

In the sixth month the angel Gabriel was sent by God to a town in Galilee called Nazareth, to a virgin engaged to a man whose name was Joseph, of the house of David. The virgin’s name was Mary. And he came to her and said, ‘Greetings, favoured one! The Lord is with you.’ But she was much perplexed by his words and pondered what sort of greeting this might be. The angel said to her, ‘Do not be afraid, Mary, for you have found favour with God. And now, you will conceive in your womb and bear a son, and you will name him Jesus. He will be great, and will be called the Son of the Most High, and the Lord God will give to him the throne of his ancestor David. He will reign over the house of Jacob for ever, and of his kingdom there will be no end.’ Mary said to the angel, ‘How can this be, since I am a virgin?’ The angel said to her, ‘The Holy Spirit will come upon you, and the power of the Most High will overshadow you; therefore the child to be born will be holy; he will be called Son of God. And now, your relative Elizabeth in her old age has also conceived a son; and this is the sixth month for her who was said to be barren. For nothing will be impossible with God.’ Then Mary said, ‘Here am I, the servant of the Lord; let it be with me according to your word.’ Then the angel departed from her.

Prayer for 4th Sunday of Advent

Eternal God,
as Mary waited for the birth of your Son,
so we wait for his coming in glory;
bring us through the birth pangs of this present age
to see, with her, our great salvation
in Jesus Christ our Lord.